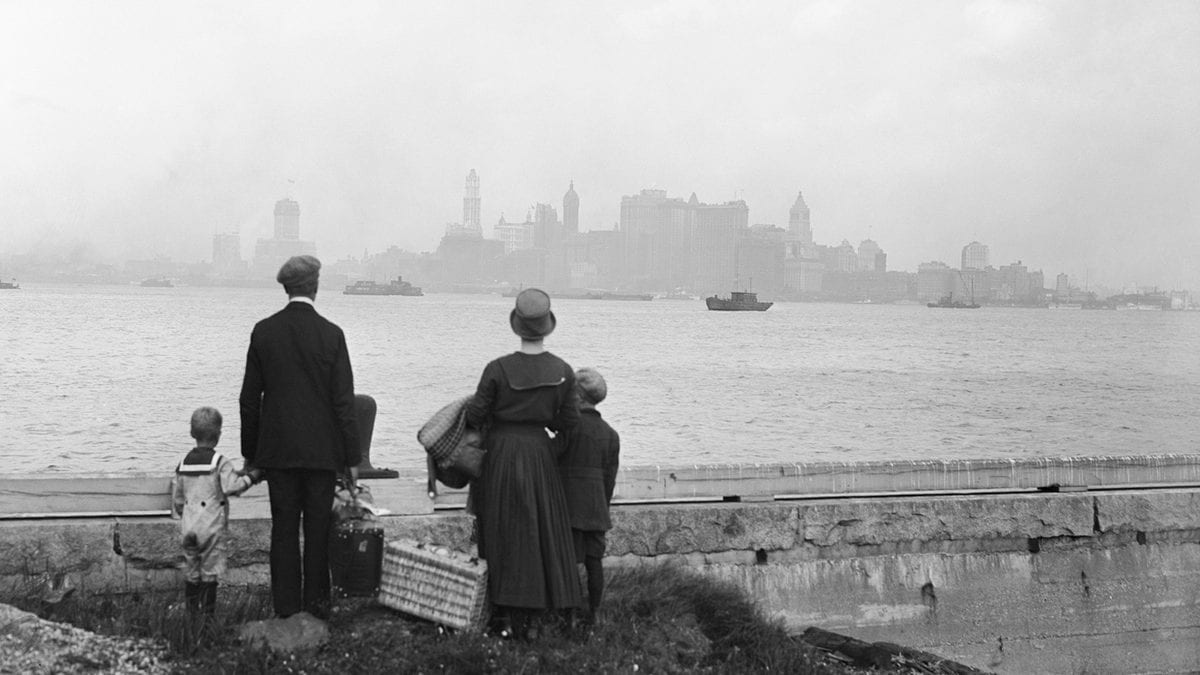 Alfonso Pacchiano and his wife, Antonella, had decided to leave the misery, the unemployment and corruption of Trieste behind them and set sail for the New World. They’d spent long months weighing their decision, thinking often of their children and the life they wanted to provide for them. The “New World” – the name itself rang out like a promise. A world in which you could strike out on your own; a world where there was hope. What did they have to lose? Trieste was already a port of departure for America, with boats setting sail from the peninsula all the time. The Pacchianos had often watched from their window as these great vessels disappeared over the horizon, and dreamt about the fate of those on board. Today, they would be on one of those boats. They would be counted among those Italians who refused to accept their lot and abide with despair. Alfonso’s mother – “Nonna” to their children – wept for the departure of her son and grandchildren. Of course, she could not hold them back, admiring their courage even as she dreaded her own solitude. She would have their letters, of course, but would never again feel her grandchildren’s tender skin against her cheek, would never prepare fresh tagliatelle for her son, and when she breathed her last it would be on the other end of the earth from them, barely able to remember their faces.

The passage to America had cost Alfonso a small fortune, forcing him to sell his house, their furniture, and all he had inherited. All that would remain of their life in Italy were a few suitcases and the memories they would retain of the diamond-blue sea and the scent of fresh tomatoes. The journey would last at least a fortnight. Conditions on board were rough, but the prize would be worth their struggle. As the Pacchianos climbed aboard the huge steam ship, Antonella waved her handkerchief to bid farewell to Nonna, standing miserably on the dock amidst the other old folks, most of them in tears. The quay was thronged with families saying their goodbyes. The dockers had attached a rope from the rear of the boat to the dock. It was a tradition; a symbol to mark the separation of the families setting off to the New World. The boat moved off as Nonna wept for her son. The rope snapped, and the ship was lost from Nonna’s view. Now the struggle would truly begin: fifteen days on the open sea. Alfonso and his family found themselves lodged down in the hold, their thin mattress rolled out over the floor, with a chamber pot and a jug of fresh water as their only amenities. There was no privacy in these quarters, with the Pacchianos and their fellow migrants packed in like livestock, a foul odour filling the air. Rats scurried between the trunks and suitcases that swayed and lurched with the movement of the boat. The Pacchianos’ son amused himself tempting the rats with morsels of stale bread, and when his sister saw them she would cry out in fear and hide in her mother’s skirts. Their daughter cried so much during the journey that her mother worried she would faint from dehydration. The heat was unbearable during the day, and at night they huddled together under a blanket to combat the freezing cold. Alfonso told his children stories about his dreams for the New World. Soon they would be rich and free, and they would be happy.

Thus the days went by. Up on the deck, Alfonso and his wife strolled aimlessly, wondering when they would finally arrive in America. Rumours were swirling that the captain was ahead of schedule. Their nightmare was almost over, and Italy would soon be but a distant memory. All of a sudden, Antonella heard a piercing sound. Could it be…birds?  “Seagulls! We are in America, my love!” cried Alfonso with joy. The final few hours seemed to last a lifetime, such was the Pacchianos’ impatience to begin their new life. Finally the clouds parted, and against a sun-drenched sky the skyscrapers of New York emerged into view. It was unreal; it was incredible. America, theirs at last!