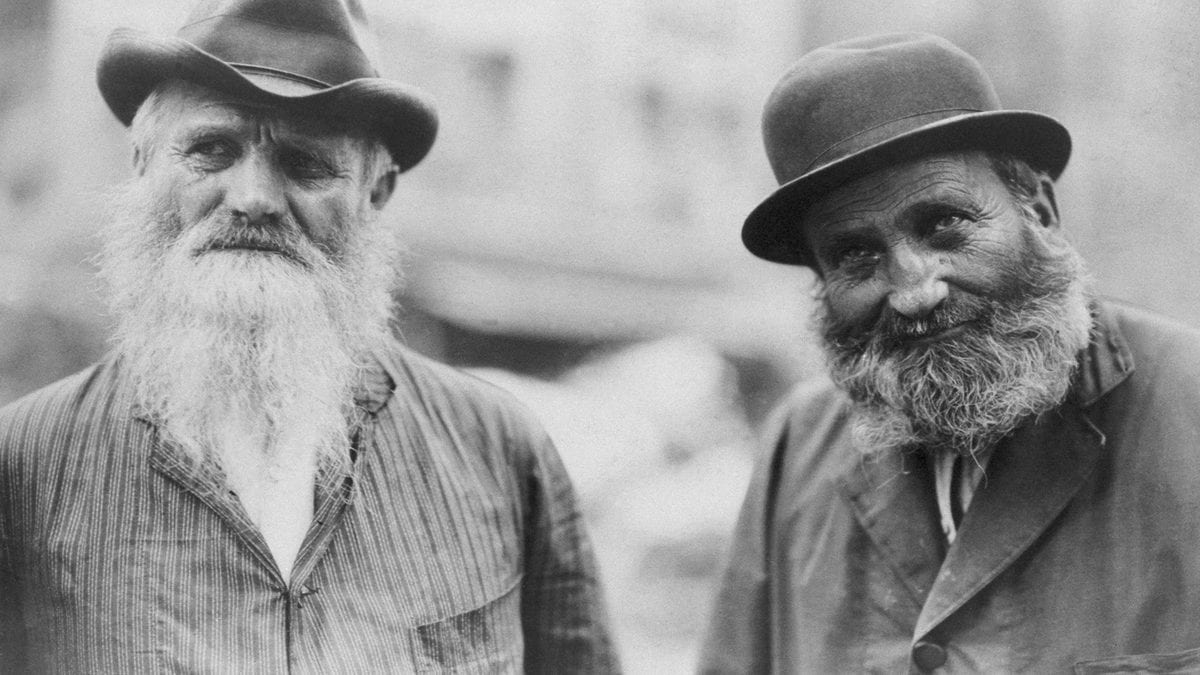 Here in the land of Uncle Sam, in the United States of America, they see us as Orthodox Jewish immigrants. Most of the folks who live in the Lower East Side know us by the sight of our long beards. They take us for religious extremists, but that’s not the truth of it. The locals draw back when we walk past, murmuring unfriendly words and eyeing us warily. Sometimes they make fun of our ways, finding the sight of us so unusual. Did not Abraham Lincoln promise that all Jews who immigrated to the United States would enjoy freedom of religion, as it is written in the First Amendment?  That president was assassinated following the war of secession, the poor soul. He is not the only man to have suffered persecution. We Orthodox Jews, too, were persecuted in the Old World. My friend Isaac and I fled the German Confederation (Bavaria, to be precise) when a new law declared that we would be forbidden to work in public, and we would have the right to own property only when we abandoned ‘traditionally Jewish’ occupations. The Old World had gone mad, it seemed, and what would our lives there come to resemble? Isaac and I liked our work, but with those accursed laws there was no longer any trade we could pursue. Before I came to the New World I was a horse trader; I used to train the finest horses and sell them on to rich families. An equestrian is an expensive purchase, of course. One must feed it every day, train it to trot and to race, and above all dress it – and all these things cost money. I’ve sold horses of all breeds: thoroughbreds, Friesians and even Holsteiners. I was a rich man, but I never let that money go to my head. Never, I say, never! My friend Isaac was even richer than I; he dealt in fine clothes and antiques. He sold the most ornate antique furniture, imported from France, to the families of the Bavarian bourgeoisie. Isaac carries no bitterness with him; he feels safer in America, where no-one can be forced to convert to Catholicism as they were in Bavaria. For Isaac that was a step too far; for me, it was the straw that broke the camel’s back. We spent almost everything we had on the passage to America.

As I mentioned, we are Orthodox Jews, and we follow the laws laid down to Moses on Mount Sinai. We have our customs: the Torah and the Talmud are indivisible and divine, directly dictated upon Mount Sinai by God to Moses, who went on to transcribe them. We will never alter them to suit any circumstances, no matter what they may be. Isaac and I are firmly agreed upon this point. Here in America we were poor, at least compared to the riches we had once earned in Bavaria. But anything is possible in the land of Uncle Sam! One day, seeing that the Jewish community of the Lower East Side was growing, Isaac had a marvellous idea: “We could sell pickles!” he suggested. They don’t pay as much as horses, but I thought it was a marvellous idea. Until we came along, nobody had tried selling pickles here in the Lower East Side. So Isaac bought a store with the little money he had left, and I helped get the place ready by paying for a fine shop window. Our jars of pickles sold like hot cakes; none of the passers-by could resist stopping in to buy some. Isaac called our little store the Gershin Shop.

We sold so many pickles that we had to reinvest in the Gershin Shop. Then we had a stroke of luck; the City of New York decided to open a subway station just a few streets over from Ludlow Street, where we had our Gershin Shop. Gelobt gat! as they say in Yiddish. We were out of stock before the day was even done. Our Gershin Shop became a meeting spot for all the Jews of New York. The Americans can’t get enough of our pickles. Then we decided to expand our business and sign some bigger contracts with our suppliers. Truth be told, it’s the cold cuts that sell the best here. On Fridays, young folks from the Lower East Side gather outside to try our famous green beans, but also our sausages. Then one day, the Yiddish theatre opened just a few streets over. Our fame only grew when its celebrated singers and actors started coming to eat at our deli after the shows. What can I say? The Lower East Side is one big family – everyone knows everyone around here.

So thank you, Uncle Sam!