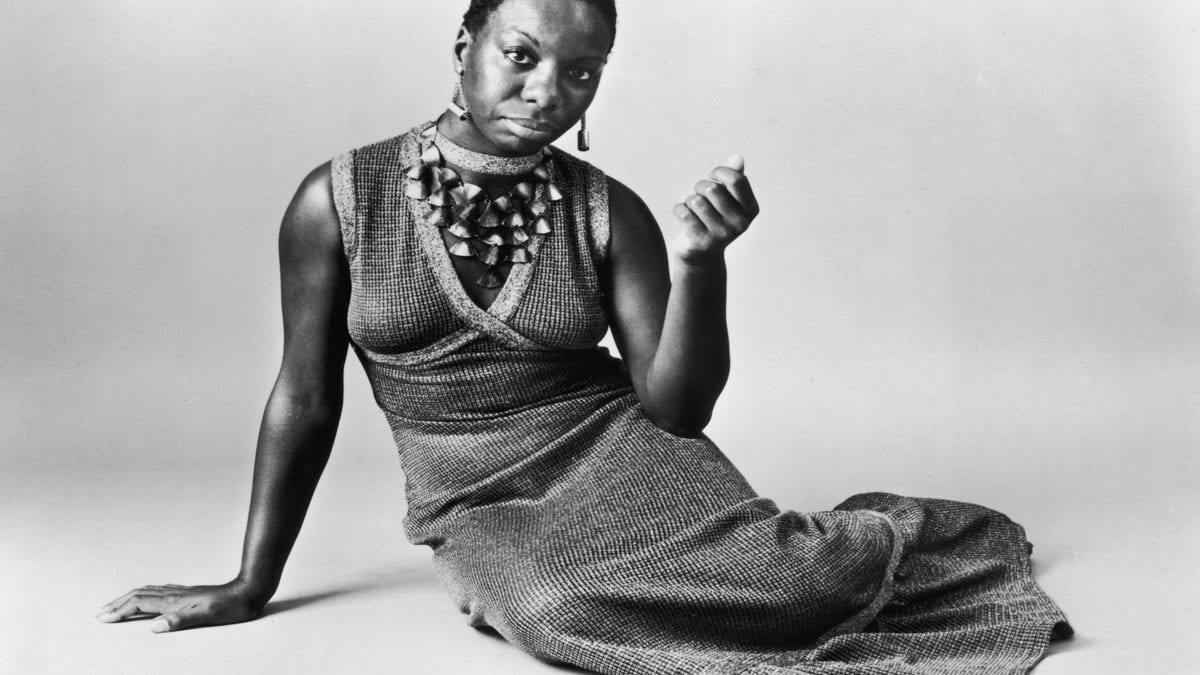 Once upon a time in North Carolina, a girl named Eunice Kathleen Waymon was born, and one day they would come to call her Nina Simone. She was the sixth in a family of eight children; their mother was a Methodist, and their father owned a dry-cleaning business. Washing the clothes of white folks was one way to make a living in a segregated America, in whose Methodist churches one might go to hear sermons that spoke of reconciliation and equality. Nina Simone lived and breathed for Gospel music; those divine voices that gave her a foretaste of heaven. Some said that the path of her life was laid out before her as she sat listening in wonder to those church songs as a child. Perhaps it was fate, too, that had her washing the clothes of white people, as it meant that even as a child Nina Simone would be confronted with the violence of racism. At a young age, she heard the customers insult her father, complain in order to avoid paying, or fly into a rage simply for the pleasure of browbeating a black man. Her father was a man of dignity, but he had not the power to reply, and she retched at the injustice. Then there were the neighbours who went out at night in their white hoods, those infamous men of the Ku Klux Klan whose hatred of the blacks was visceral. Nina dreamed of rebellion, of avenging her people – but without violence. For of course it was useless to meet violence with violence; though it might bring redemption upon occasion, it could never deliver lasting change. So what was she to do? She would have to find a way to make herself heard. Nina Simone was born in an America that had no clear place for people like her – a woman for starters, and black to boot. What life could she hope to build for herself?  This was not a world made for Nina Simone.

At the age of eight, the young prodigy began playing the piano at church. Her mother’s employer had heard her talk about her daughter’s gift for music, and offered to pay for lessons. The girl had talent, and an incredible ear, and she was a diligent student. Even at a young age she impressed anyone who heard her, even white folks. She would always remember the performance she had given at their church when she was ten years old. Her parents had been so proud of their daughter, observing her from the front row. They’d gotten there very early, and watched with pride as the congregation came to fill up the pews. But when the recital was about to begin, the girl’s parents were summoned to the back of the church with the other blacks. Their protests fell on deaf ears; no-one would listen to the mother who had encouraged her daughter warmly every day, nor to her father who had worked his hands to the bone each week to promise her a future. The little girl looked around for her parents before she placed her hands on the keys. She could not see them. She stood up briskly, and declared in a dignified tone: “I won’t play unless momma and daddy are up here in the front row.” Nobody wanted to create a scene, and they bent to her will. Her parents were prouder than ever; clearly their daughter was a remarkable child. Her fight for equality for blacks began at that tender age. She promised herself that she would devote her life to music and the rights of Afro-Americans. She would fight for the great causes, for the love of art and humanity. “It’s an artist’s duty to reflect the times,” she would tell the reporters many years later, by which time she had achieved status equal to the likes of Bob Dylan, Martin Luther King and Malcom X.