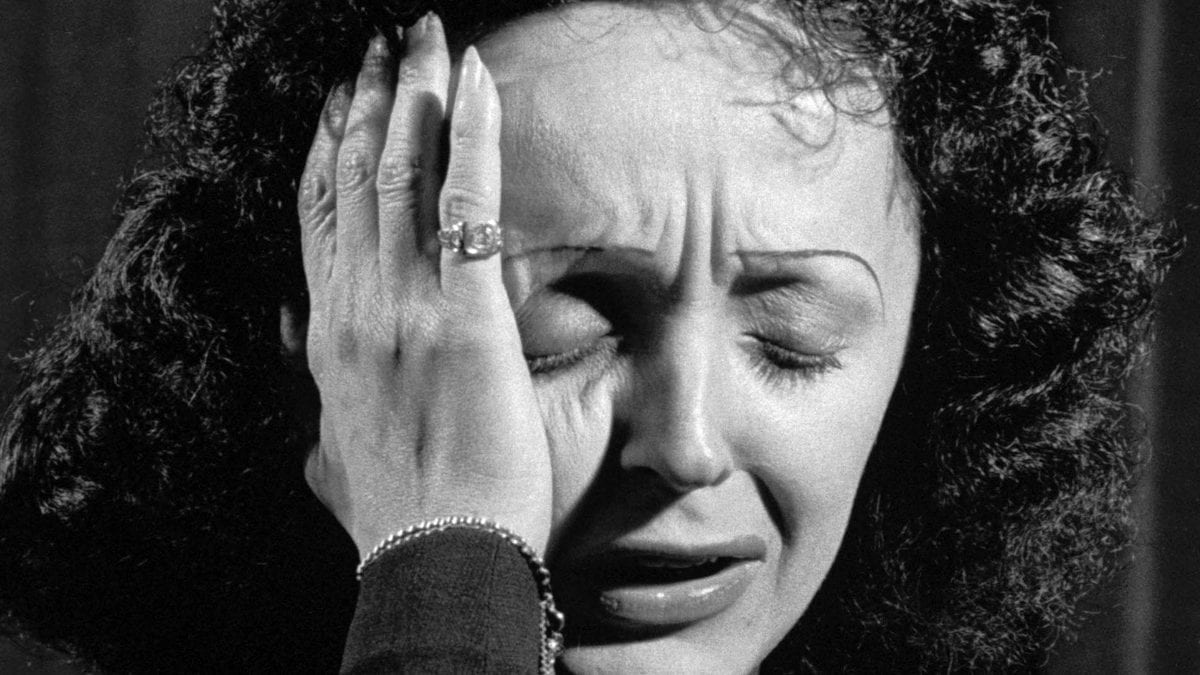 Today the town of Bernay, Normandy, lay under an ill-tempered sky, and yet little Edith was on cloud nine. Her father, a street performer and noted skirt-chaser, had decided he no longer wished to be saddled with his waif of a daughter, and so the ‘little sparrow’ had been whisked off, leaving behind the grimy streets of Belleville to be given unto the care of her grandmother. How beautiful it was here, and how green the grass! The scent of manure and flower blossoms enchanted the small girl. Her grandmother was no ordinary lady; to the residents of Bernay she was known as ‘Mother Tine.’ And mother she was – to her many ladies of the night, and now also to her granddaughter Edith. The little girl set down her suitcase on the threshold of the bordello, marvelling at the grand house with its old wooden beams, tiled floors and fireplace filled with crackling embers. Here she was far from the coal stoves, the black walls and the rat-gnawed mattresses of Paris; to her, the house felt like a cottage from a fairy tale. No sooner had the little girl stepped across the threshold than the call-girls ran over to kiss her face and pinch her cheeks. “Look how skinny she is! Three years old and she’s all skin and bone! She needs milk and butter, the poor thing!” They gasped at her tattered clothes, her hair crawling with lice, her mittens jumping with fleas and her shoes worn open at the toes; God in heaven, the little girl needed taken care of! The father doffed his cap to the prostitutes and turned on his heel. A good deed well done; now the child would not go hungry.

One day, Edith found she was no longer able to see what went on in that house, what sidled behind the red velvet curtains or was slipped into the pockets of the women. She had lost her sight, and none knew why.

The ladies of the night were heartbroken as they watched their little sparrow sob and rub at her itching red eyes; something had to be done, and so they decided that they would all chip in to pay for a visit from the doctor. An old physician came to examine the young lady, wearing a perplexed expression behind his bushy moustache. He pronounced that it was incurable; Edith would be permanently blind. But the ladies could not bring themselves to accept such a fate for the poor lass. What could be done to save her? Edith wanted to go on living; she was prepared to give God her sight as long as she could keep her voice to sing. Sometimes she would launch into a chorus under the admiring gaze of the ladies. They’d never heard anyone sing the Marseillaise as well as that little six-year-old girl; it would almost bring tears to their eyes. “We should pray!” suggested one girl. Seeing her prostitutes all gathered round the little girl and praying in chorus, the grandmother was inspired. They needed a miracle, and for that they must call upon Saint Thérèse. She decided to take the little girl to Lisieux, where the saint was buried. The girls were all for the idea, and it was decided – they were to go on an excursion. They packed their suitcases and picnic baskets, and put on their best dresses after hastily mending them to keep up appearances. Heaven forfend anyone think they were destitute!

At the cemetery of Lisieux, the ladies’ presence did not go unnoticed. Their extravagant dresses and shrill voices clashed with the silent reverence of the mourners in their black dresses, clutching their bibles and rosary beads against their chests. The ladies urged the little girl to sing: “With a voice like yours, Thérèse will hear you even from six feet under!” Edith hesitated; she was shy. Mother Tine gave her a smack on the head: “Don’t be snooty now, sing!” So the little girl removed the black band from her eyes, set it on Theresa’s grave and began to sing the Ave Maria. The entire cemetery was dumbstruck with emotion; the child had the voice of an angel.

Miracles are visited upon angels, it is said, and sure enough Edith’s sight returned to her a few days later. She wore a medal of Saint Thérèse for the rest of her life; ‘Little Theresa,’ as she called her, would remain her fastest friend. Of course, she also remembered to pay homage to those ladies of the night who had done so much to help her.

Sit at my table;

It is so cold outside,

And make yourself at ease,

Your troubles on my heart

And your feet on a chair

I know you, Milord,

I’m just a girl from the docks,

Just a shadow of the street…