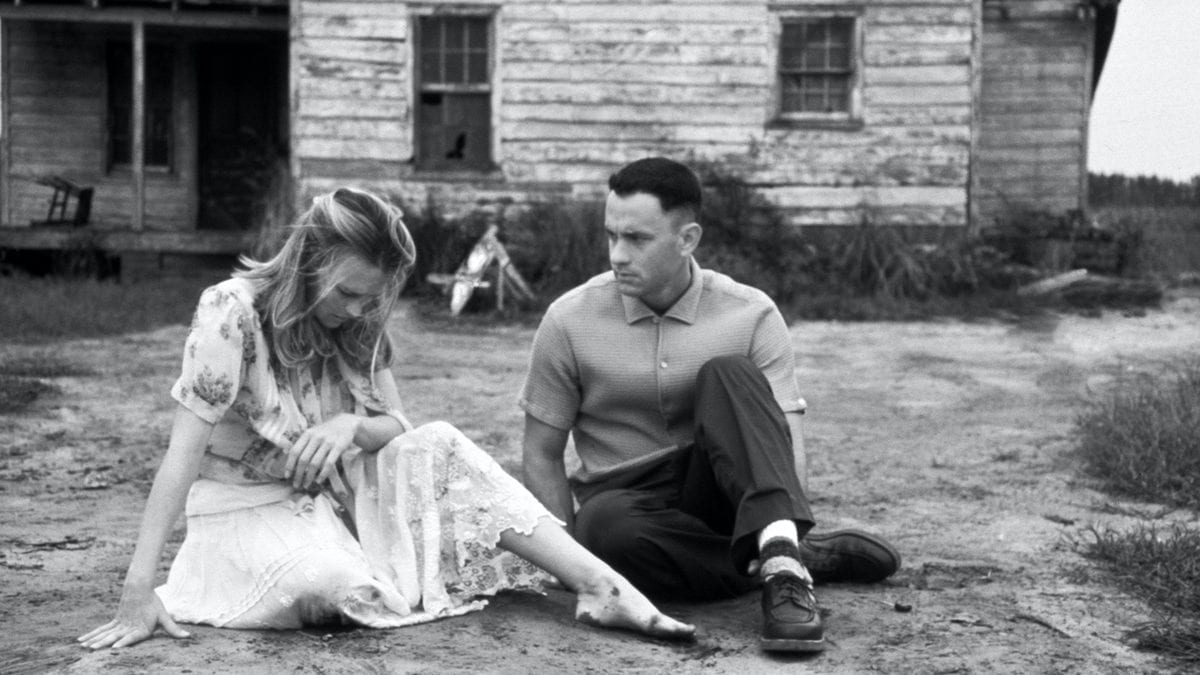 Jenny had a guardian angel, and that angel’s name was Forrest Gump. Her angel was kind to her, and always there for her when she needed him. And yet his spirit was too naïve, too gentle for her to confide in, meaning the little girl could not share her pain with him. There was no-one she could talk to about her father’s violent ways. Even though she knew Forrest would never judge her, he still couldn’t understand. Whenever she could, she ran away from her father’s farm to meet up with her simple-minded friend, and together they spent long hours looking up at the sky, talking about everything and nothing.  This simplicity was precious; the only escape from her suffering, the only breath of fresh air she found in a stifling Alabama. In Forrest’s eyes she saw a love so pure that she could never have brought herself to disillusion him. Life was hostile enough for both of them, and she would do nothing to sully the purity of their bond. Far away from the insults and the blows, they sat on a branch and swung their legs. She squeezed her friend’s hand; a ray of warmth in a cold, cold world.

Jenny had no luck with men; even the hippies at Woodstock did not have true peace in their hearts, despite all their lofty words. They lost themselves in drugs to quell the violence within them, but violence was something Jenny knew too well not to recognise. Like them, she threw herself into the artificial ecstasy of waking dreams to stem her suffering. Her childhood came back to her in dark waves; she was always afraid. At every moment she feared the menace of a past that was long buried. She no longer recognised her face in the mirror. She was not this woman she saw looking back at her; she was still Jenny from Alabama. Only Forrest still looked at her that way. Only Forrest did not wish to possess her, or break her. Only Forrest saw her true fragility, even if he did not understand it.

Jenny long ago recognised that there was something of the miraculous in Forrest, seeing his determination to outrun his enemies and never let himself be overtaken by fear. He wanted to dance better than Elvis Presley; he wanted to indulge in life like it was a box of chocolates. His many adventures took him down different paths, each of which he walked with pride. The letters he sent from Vietnam were full of love and innocence. He never complained; he never lamented. He saw the world through the eyes of a child, finding beauty in everything. Sometimes she wished she could steal those eyes for herself. She’d never looked down on Forrest. She’d always admired his strength, and his ability to overcome any hurdle. All his success did not surprise her. When he’d been decorated for his heroism during the Vietnam war, when he’d founded his shrimp boat company, when he’d become a famous ping pong player, when he’d run all the way across the United States.

Had she ever loved him? She gazed at the baby in her arms as she asked herself this question. She’d never loved anyone else; that was for sure – no-one had ever taught her how. But the only person who’d ever shown her love was Forrest, and his love was unconditional. How could such a thing exist in this life? Jenny had never been lucky; all their share of luck had gone to Forrest. But now she’d had the chance to bear the fruit of a love so pure that she was certain she had brought a new angel into the world. She wouldn’t live long enough to see him grow up, but she would leave this life without an ounce of regret.