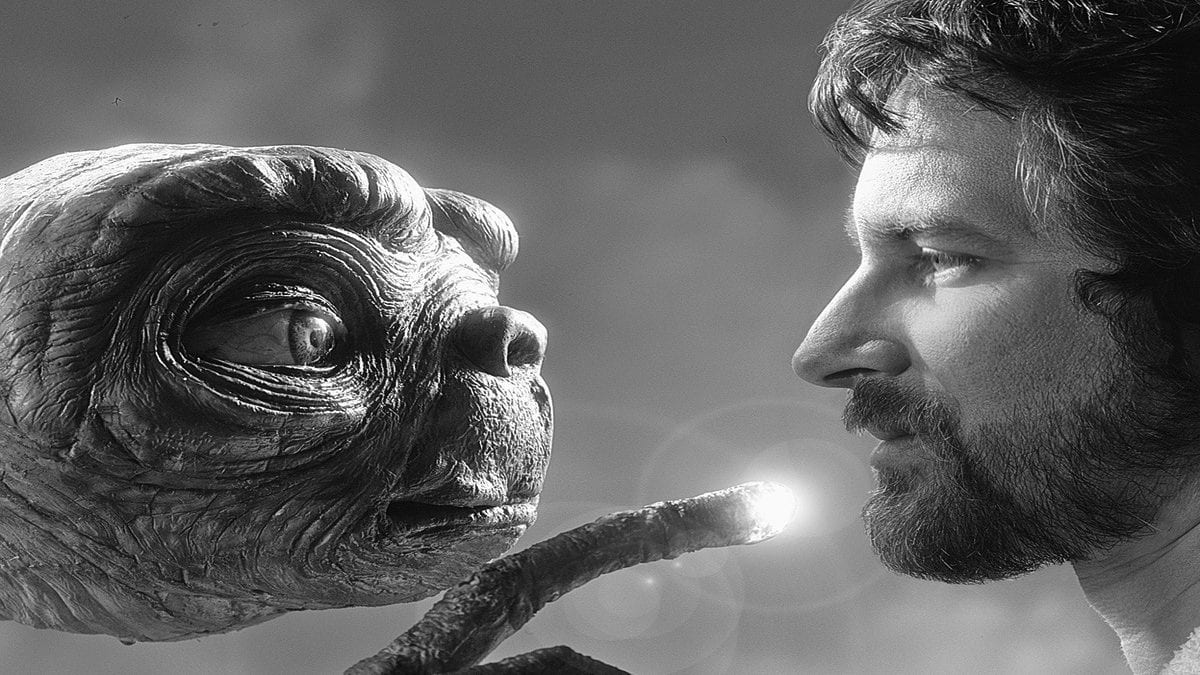 The alien sensed a certain bitterness in these words. He only wanted to know that his friend Elliott was OK, that he wasn’t lonely, that he didn’t need to use his special powers, and that he slept soundly at night. The alien would be comforted if he could just know what Elliott was doing, what he was eating, which girls he was kissing. The alien made a sign of humble displeasure, and lifted his glowing finger. He showed his power by lifting his ember-red finger and setting it against his creator’s forehead. “Ouch!” he said. Like in Michelangelo’s Creation of Adam, Steven Spielberg reached out to touch the alien’s glowing finger. He knew his creature well; he was sensitive and emotional, and he missed Elliott. His creature had grown attached to the boy during his time on earth. Their friendship had been tender and pure; the two beings had learned to understand one another. Elliott had been his best friend on Earth, but the extra-terrestrial had to return home. He had been just a visitor passing through, a traveller waylaid on his voyage. Elliott had asked him so many times what was waiting for him back at home. A family, no doubt, and friends – an incredible world of loveable little aliens with red fingers. Whatever it was, the extra-terrestrial’s heart had been heavy at being separated from his home planet, in spite of their friendship and the happy times they’d had together. Elliott sometimes dreamed of joining his friend in that other world, and getting to be the one who lived among an alien race, learning their ways and their language. So he closed his eyes and saw again the wide eyes of his friend, and heard his rasping voice full of affection, and went away with him on new adventures. But Steven Spielberg had been very clear on this point: everyone had their own life to live, in their own world, and Elliott still had plenty to learn here on Earth.

Sometimes, as he sat and looked out at the stars, the extra-terrestrial remembered his time on Earth. Elliott had brought him trick-or-treating on Halloween, dressed up as a ghost. That night, he’d been an earthling like any other underneath his white sheet. Elliott wanted to bring him everywhere with him, even though he was different. He knew that the sight of the extra-terrestrial might scare other kids, but Elliott loved him for who he was. Elliott would be a great man, not the kind to judge or lash out at others who were different; the kind of man who would have no shame in siding with the marginalised, not the kind to vilify or trample or judge a foreigner, nor the kind to take out his fears on others. Elliott would be a good and generous man. Elliott would be understanding, and full of love. The extra-terrestrial wished him a long and peaceful life. Peaceful, but not without adventure. He knew Elliott thirsted for the unknown. He knew that his Elliott was curious, sensitive and full of vitality. With these qualities in his core, he would find plenty to fill his life with, plenty to keep it intense and interesting. In any case, the visit from an alien had taught him humility. Humans had a tendency to believe they were at the centre of the universe, of thinking themselves superior to other forms of life, even those they shared the Earth with. They showed violence toward that which did not resemble them, and were even violent amongst themselves. But his Elliott now understood what such brutal, stupid behaviour looked like. Life was everywhere around us, and in failing to respect it we shut the door to our own happiness.