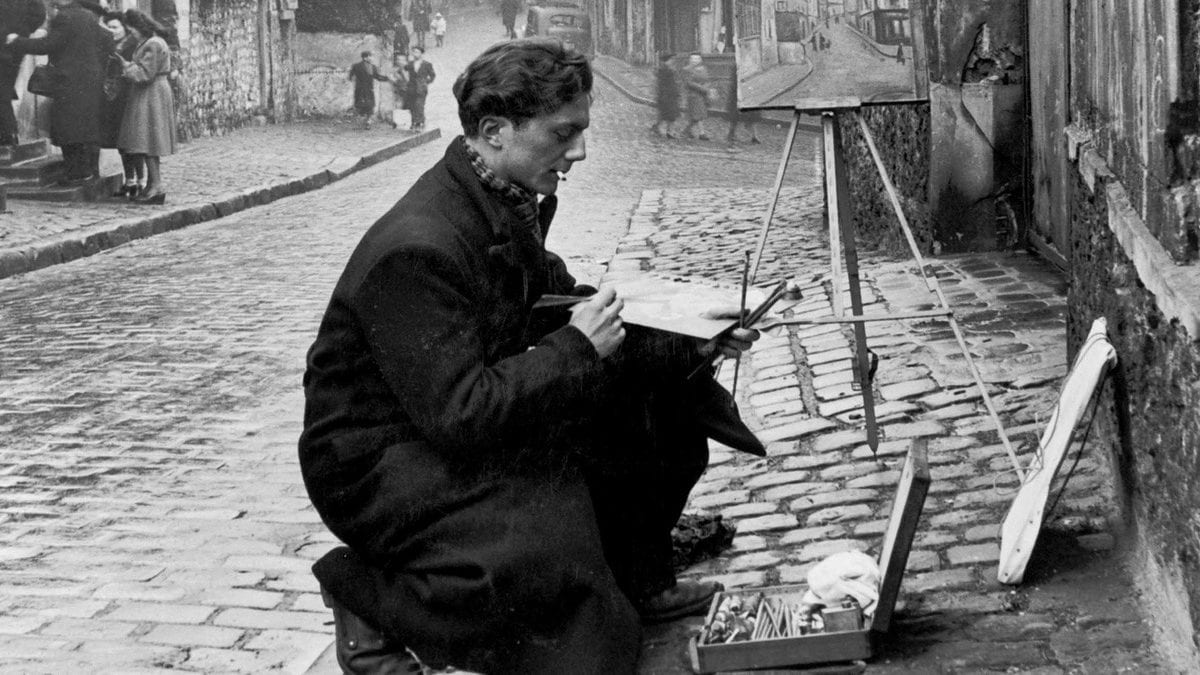 Writing in the late 19th century, years before the Lapin Agile had opened on the Rue Norvins, a journalist would write the following description of the heights of Montmartre: “The hilltop of Montmartre is no longer what it once was, but what remains there is curious enough to merit a visit. Located a stone’s throw from one of the richest, noisiest and most socially-active districts of Paris, here one finds a quiet village, modest and tranquil. One finds narrow, winding streets, lined with the sorts of houses and cottages one might expect to observe in the remotest parts of the countryside, built from uneven and disjointed beams apparently held up by force of habit alone. One also finds country mansions hidden amongst the greenery like secret nests, and terraced gardens spread along the hillsides, encircled or propped up by old walls and buttresses.”

Twenty years later, the Rue Norvins was utterly transformed. It was now home to new shops and restaurants, including one that was owned by a former cancan dancer. That dancer was known as Adele, and she’d bought herself a run-down wooden building and named it the Lapin Agile – the ‘nimble rabbit.’ Customers flocked there to sample Adele’s speciality, the famous leg of lamb, washed down with a glass of red. At this time, the dishes coming out of the kitchen were somewhat out of the ordinary. The railway workers loved them, as did the bankers and the men who sold rabbit skins, the coachmen, the glaziers, the flower sellers, the postmen, the telegraph agents, the rag pickers and the men who collected up cigarette butts to re-sell them for a penny. Forty sous was the price, and all the workers in Paris knew of the Lapin Agile and Adele’s leg of lamb.

Time went on and the Rue Norvins remained intact, deserted and lifeless during the German occupation. Its soul was not the same as it had been before the war. The officers of the Gestapo had taken up residence in the Lapin Agile, its walls now echoing with the patriotic songs of Bismarck. At daybreak, one could hear the patrols marching through the narrow, winding streets of Montmartre. Nazi flags fluttered in the breeze in this quaint little place just outside Paris. The soldiers adored Montmartre and its café terraces. The living was good up here, during the Occupation. Then Paris was liberated. “Paris outraged, but Paris liberated!” as General de Gaulle had said. Over in the New World, they wondered what Paris had become.

Ed Clark ambled along the tangled streets up on the hill of Montmartre. It was truly an amazing place, this Paris, this city of love, of artists; here you could forget it all, but the city herself you would never forget. He began walking down a street that would lead him to the steps of the Saint-Pierre basilica. On the pavement, an artist was busy painting the Rue Norvins. Nobody seemed to be paying him any attention; this was not Modigliani, nor Picasso, nor Toulouse Lautrec. Just a Sunday painter, but one who would be immortalised by the photographer, forever a symbol of the village of Montmartre.