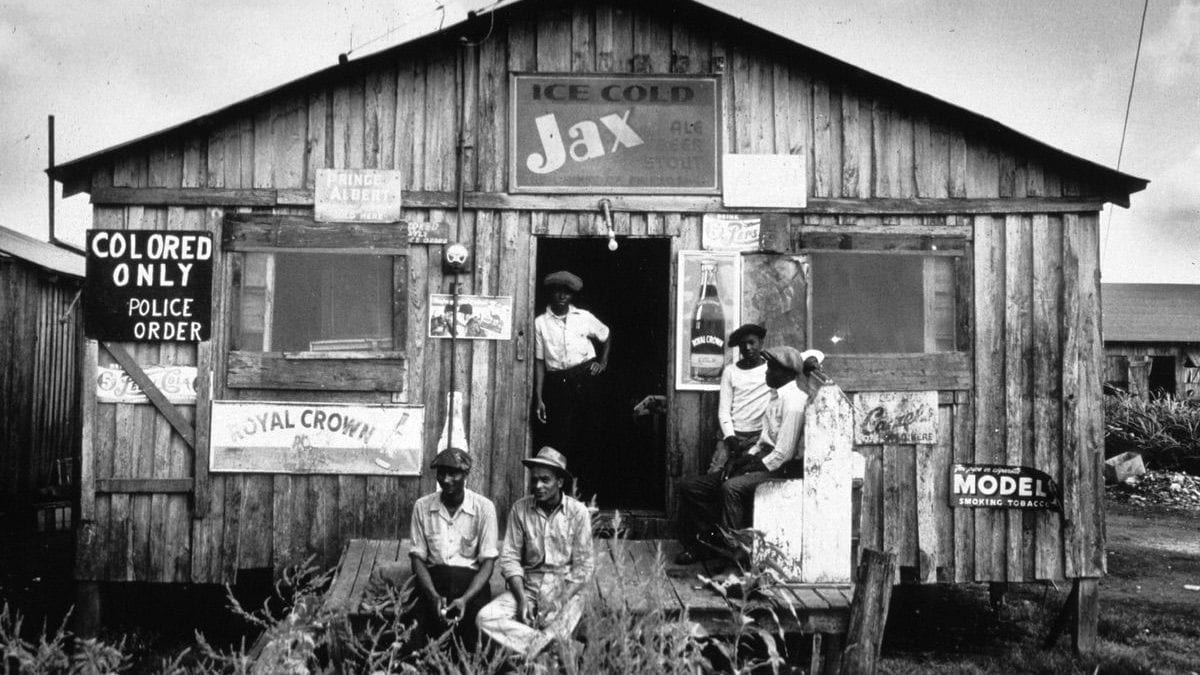 Deep down in the sugar cane plantations, a cluster of around fifty or so wooden shacks with sheet metal roofs made up the immigrant shantytown of Belle Glade, Florida. With the sun setting low over the sugar fields, it was time for the kids to help with the laundry; to and fro they went, carrying small kegs of dirty clothes on their heads. The older kids would bring charcoal and boiling water to whiten the shirts ringed with sweat and dirt. They scrubbed with all their might, splashing and laughing, happy at their work. Then they spread the clothes out on wooden poles and draped them over lines strung out between the shacks. Beside the drying laundry, black smoke rose from barrels twisted into the dirt ground. The women were burning their garbage, the fumes licking over their walls, their clothes, their skin and their hair. It crept into their huts through cracks in the wood, pitifully covered over with old newspapers. Everything turned grey and acrid. They grilled vegetables over the barrels, and maybe a sliver of meat if they were lucky. Flakes of ash fluttered through the air like butterflies; the children attempted to catch them, playing with the volatile debris that vanished in the palms of their hands. They ran, yelped, caught each other by the suspenders, and threw their hats and their shoes over the electrical lines that ran through the slum.

It wouldn’t be long until the men came back from work. Early in the morning, fancy cars had pulled up outside Belle Glade. “Two dollars, final offer! You want it? Get in, then.” The black men acquiesced, with little other choice. This was how it went – they could earn a few dollars for their days’ labour working on the plantations. You scrambled for work every morning; sometimes there was lots of it, and sometimes it dried up altogether. Here in Florida, slavery was still rooted in the mindset – only its face had changed. There was no more slave trade, no more masters. Now, the landowners wanted their yields and paid by the day for it. To get the best out of their harvest, you needed muscle. “Only a big bull like you can do the work I need,” grinned a fat plantation owner, sitting behind the wheel of his saloon car, to one of the black men looking for work. The black mothers hurried along; the wind had been hustling them all day long, blowing dirt from the path into their shacks. Branches were being blown off the palm trees by the tropical breeze, and their cardboard doors were clattering perilously. They needed to have everything cleaned up before night fell. The landowners dropped off the workers at the entrance to the slum, honking loudly to tell the womenfolk their husbands were home.

Here in Florida, they were called “coloured.” Nobody wanted them around, and they couldn’t go into bars or restaurants, or even use the same parks or water fountains as the whites. At the end of their day’s labour they retired to their cruddy little shacks. Their job was to stay invisible, disappearing into the background of the plantations. Staying quiet. Still, there was one place they could meet up to let loose: a juke joint called the Jax. Juke joints were bars where they played music, and they had them in almost every place where immigrant farmhands lived in the South. The Jax was a stripped-down shack with a few posters on the walls, and the famous sign that read “Blacks Only.” And yet, the joint still belonged to white landowners. At the Jax they could listen to music and drink beer; tonight, a Charley Patton song rang out over the slum as the needle hit the first record on the juke-box. The men sitting on the wooden deck outside the Jax laid down their guns at the entrance and headed over to the bar; the night was about to get started. A few women joined them, and their children gathered on the deck to play along to the music under the moonlight. Everyone loved the atmosphere at the Jax: the smell of the beer, the high-pitched voices and the laughter that rang out all through the night.