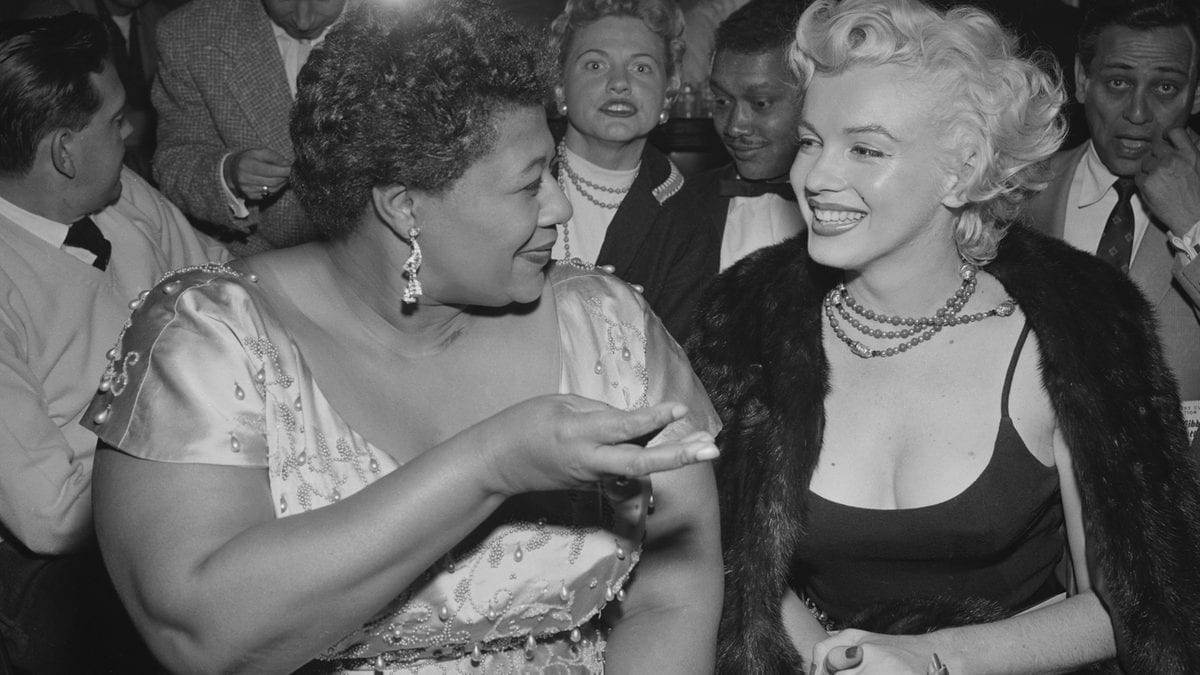 Tonight, the crowd was buzzing outside the Mocambo. The women were a step ahead of the sixties in their flared jeans, Brigitte-Bardot style buns and New York leather boots. They smoked cigarette after cigarette as they waited for the Mocambo to open, and glitzy couples emerged from the luxury cars that pulled up outside the club’s entrance. Tonight, the Mocambo would be welcoming an honoured guest: Marilyn Monroe. Rumour had it that she’d reserved two tables in the front row. Why two? Nobody knew, but the crowd was eager to find out, certain that she would put on a show that would go down in history. They came to the Mocambo to dance like there was no tomorrow, laughing like carefree little children. The manager of the Mocambo had filled its birdcages with gulls, pigeons, cockatoos and even parrots. But it was not the arrival of a new parrot that could squawk “Marilyn Monroe” that excited the crowd, but the presence of the lady herself. The Mocambo was a talismanic venue that could launch a new artist’s career; Frank Sinatra had started out there. “Let me in!” cried one man. They were baying, dying to see Marilyn. But the Mocambo was not a nightclub for just anyone; it was reserved for the elite of Beverly Hills.

All of a sudden, a commotion rippled through the crowd. Whistles were heard left and right; a Rolls-Royce had pulled up to the entrance as a few reporters captured the latest arrival. Who was it? Could this be Marilyn Monroe’s honoured guest? A black woman made her entrance; she was very elegant, dressed in the French style as she moved along the Mocambo’s red carpet. The crowd went wild, everyone wanting to see and touch her. The black woman waved to the crowd as they cheered her entrance, blowing kisses with a wave of her hand. This woman’s name was Ella Fitzgerald. Marilyn Monroe had told the manager of the Mocambo, in no uncertain terms, that Ella Fitzgerald must be allowed to sing at the club tonight. Ella had been refused entry to so many clubs because of the colour of her skin, but Marilyn Monroe could not be refused and she had her heart set on this grand black singer. Once Ella Fitzgerald was through the door of the Mocambo, Marilyn welcomed her with a warm embrace. It was the first time they had met, and the reporters captured the moment for posterity.

The audience fell silent, and Marilyn Monroe’s honoured guest arose. Her dress slipped over the floor as she took her place at the front of the stage. Standing behind the microphone she hesitated, waiting a moment before she sang. Ella Fitzgerald observed Marilyn, and a tear ran down her cheek. “I’d like to thank Marilyn for all that she’s done for me,” she said in her beautiful voice. The men applauded, and the women were moved. Marilyn could not hide her joy. Ella Fitzgerald grabbed the microphone and breathed in. She closed her eyes, and a voice of the divine rang out around the Mocambo; Ella Fitzgerald was singing Summertime, from Porgy and Bess.