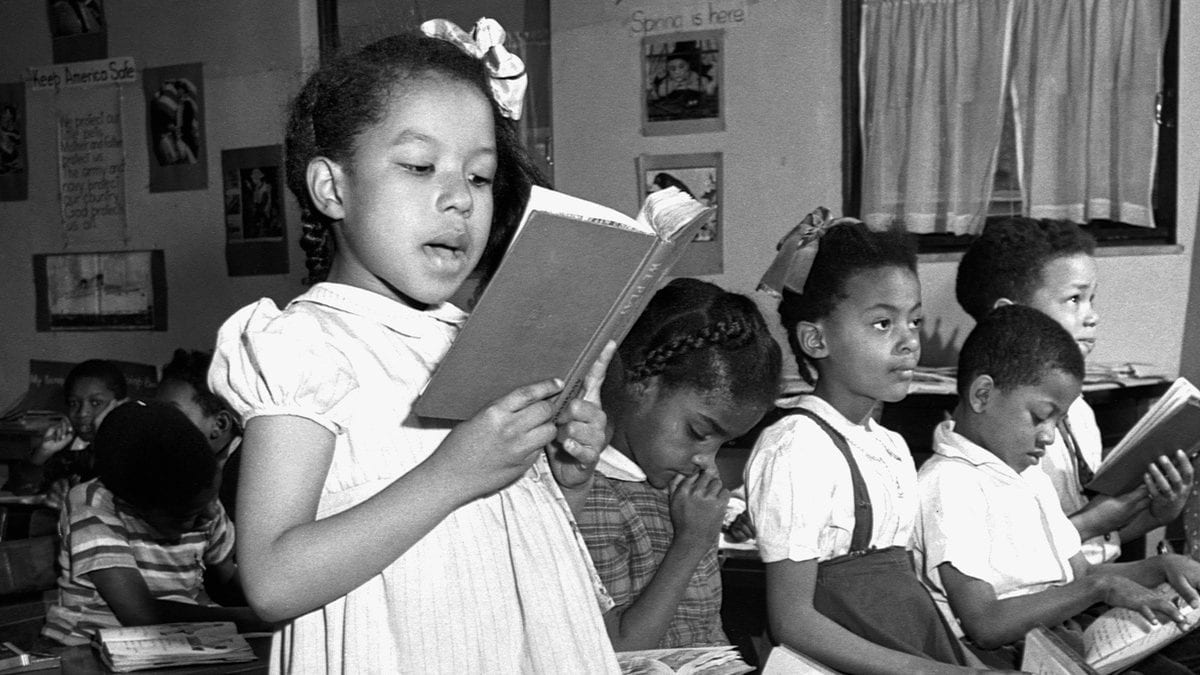 Anita was the best reader in her class. In their little Mississippi school for black children, the students were learning to read with The Adventures of Tom Sawyer. The teacher said that reading was the most important thing in the world, and that if you couldn’t read you wouldn’t get far in life. What about counting? That too, but reading was a privilege that lots of black folks never had. It was a luxury Anita savoured; her crystal-clear voice rang out around the classroom as she strove to bring Tom and Becky to life, painting a picture of reality with each word she deciphered. Neither of her parents knew their letters, but reading was Anita’s greatest pleasure. She understood that words had an intelligence of their own, and that every word had its place. Reading had become her passion.

Sometimes, before she went to bed, she read The Adventures of Tom Sawyer to her grandfather, who she knew as Bobo. Bobo had always said education was everything, and that life could take everything away from you except your education. Bobo never went to school, but he knew lots of stories from the olden days; stories about slaves and cowboys and Indians, stories about what they called the “New World” that he’d heard and memorized. He’d always loved to travel through stories. Anita was lucky in a way he hadn’t been; she could learn stories by reading them in books. She’d promised Bobo she’d teach him to read, but he’d declined her offer, saying he was too old, his sight was gone and it was too late for him. But he said that she had to keep on learning. “Once your head’s full of knowledge you can start filling up the world with your ideas,” he told her in his soothing tenor voice. Anita believed him: even if some day they lost their home (a former slave cabin) here in Mississippi, at least she’d have learned to read. She could get by. She could take on the world, even go to a big city in the North like New York or Chicago.

There was something that bugged her about this Mark Twain book, though: something that didn’t seem to bother her teacher, or even Uncle Bobo. Maybe it was nothing, but maybe not. In the book, black folks were slaves, and they didn’t live like they live now. They lived in another time, a time that won’t be forgotten, says Uncle Bobo, but a time that’s over now. Anita wanted to read a story about black folks who lived like they did in Mississippi, who were free like white men, even if they were still kept apart and mistreated. She wanted a story about the discrimination that happened after slavery ended. More than anything, she wanted to read a story written by someone who was black, like her. Once Anita had learned to read, she’d learn to write. Not like you write your name or a dictation in class, but real writing, like the people who write books. She’d be the little black girl who’d write her own books; books about the lives of black people in Mississippi. Books that told the story of Uncle Bobo, the life of her mother who went to church every Sunday to sing the gospel, the life of her father who built houses, the lives of her friends who would have lives of their own, one day, after school was over, and the lives of her neighbours, their ancestors, the life of this house where she lived like all those generations before her. She wanted to write about the present day and its share of injustice, and to describe it from a black woman’s perspective.

Only Anita seemed to be concerned about the future of literature; her fellow students seemed happy to imagine themselves in the story without nurturing any further ambition. Anita knew that she was different; she was avoided in the street, looked at sideways on the bus. She knew that life had carved out two different, separate clans after slavery, and that was something that needed to be written about. She knew that she was black, and that alone was an experience in need of a new book. For now, nothing would stop her from impressing her teacher by reading The Adventures of Tom Sawyer in her best voice. She read with an open heart, in an act of reconciliation. Tom Sawyer might have taught her to read, but it was something else entirely that taught her to write.